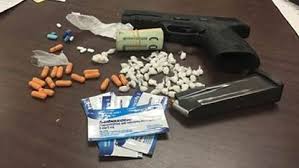 One of our clients was indicted by a Grand Jury on various drug and weapons charges earlier this year. The charges originated from a motor vehicle stop whereby it is alleged that our client was driving the wrong way down a one way. Our client was a Pennsylvania resident and as such unfamiliar with the area. A search of the motor vehicle was conducted based on what the officers claimed were conflicting stories between the four passengers. The search uncovered more than an ounce of cocaine, a BB-Gun, hypodermic syringes, less than a ½ ounce of heroin, a small quantity of marijuana, digital scales and several sky masks. As a result of what was found, our client and the other three passengers were all placed under arrest. They were formally charged with the following:  END_OF_DOCUMENT_TOKEN_TO_BE_REPLACED